skip to main | skip to sidebar

It's been 24 hours since I came home from work. Tuesday night was one of those nights you are convinced a full moon was out. Last I heard there were 9 patients in the ER waiting to be admitted expect for the fact there was not a single bed in the hospital that didn't have someone in it. I would have gladly exchanged one of those waiting in the ER for one of the patients I had. I mean you can only wrestle a grown man so long before it becomes too much. I would love to say that I won, but even as I left the floor yesterday morning the family was still trying to convince him to stay in bed. At least he was going to be the day shift's problem from then on.

Needless to say when I woke up from a nap in the early part of the afternoon I hurt in places that I don't typically hurt. My back and legs were quite sore and the only thing I can contribute it to is the grown man who refused to stay in bed all night.

So when work called and I asked if I minded coming in on Wednesday night instead of Thursday night, I said no. Well, at least that is the message I left on someone's voicemail at the hospital.

I also had some big plans for the afternoon. I have put off having my finger prints taken to finalize my background check because I just knew I was going to have to go into Nashville to have it done. Imagine my surprise when I realized that there was a location just up the road. Around 3:00pm I loaded up in my Tucson and headed to Guns and Leather where a very nice man took all my finger prints and emails them to the Board of Nursing. I also have my eye on a hot pink rifle now!

No afternoon is complete without a stop by Sonic since it was still happy hour and all their drinks were half off. I picked up a few extra drinks and headed to Jeff and Abbey's were I spent the rest of the day/evening. Nothing like hanging out with friends for dinner and then swimming.

My back is still pretty sore, but there is no time to complain because this morning I have a meeting at the hospital on foley catheters and then it is back to work tonight...Oh how my life has changed!
Posted by Jane at 8:05 AM 2 comments:

Brought To You From The Hall Bath

Rain is pounding on all the windows and the tornado warning siren just ended. The electricity is flickering on and off. Thunder continues to roll and I feel pretty sure there is lightning as well...I wouldn't know because I have taken cover in the hall bathroom. It's the only interior room besides the laundry room, which just doesn't sound like a safe place to hang out during a tornado warning.

I wonder if this is going to spoil the plans that Abbey and I had to work out this evening? So how did you spend your Wednesday night?
Posted by Jane at 7:33 PM 2 comments:

A Night on the Town

This afternoon Blair and I headed out of Springfield for a little big city action. I mean you can only keep a Tampa girl out in the middle of no where for so long!

We began by doing a little shopping at a cute little shop in Hendersonville. They carried a pretty good selection of Vera Bradley. The rug I have picked out for my living room is a Vera print and I needed something to use to match a sofa/love seat/chair arrangement. I ended up buying a placemat of the same pattern. I was very pleased to come home and realize that all my Fiesta matches so I will have to go back and get a few more.

Then it was on to Downtown Nashville. Several people told us we were crazy since it is the CMA festival. It actually ended up being a lot of fun. We were going to eat at BB King's, but it ended up being closed for a private event. We went further down the street and at the Wild Horse Saloon. Dinner was very good and watching everyone line dance was very entertaining. 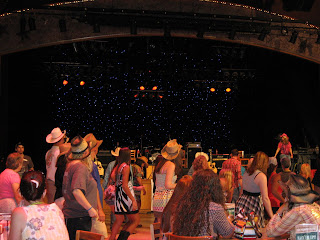 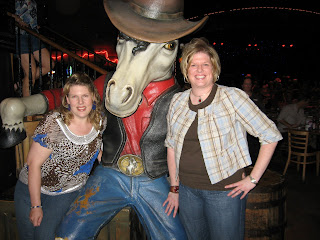 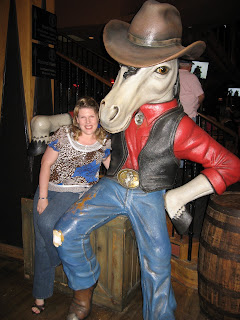 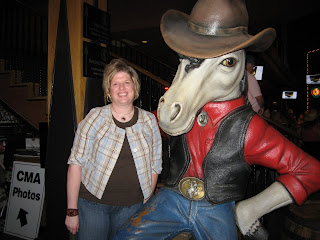 Then we walked around the crowded streets, stopping in the stores we wanted until are feet hurt. 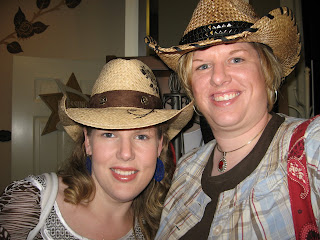 On our way back out of the city we decided to stop at the Gaylord Opryland Hotel (which is who owns the Wild Horse Saloon in case you were wondering about our choice of eating establishment...oh and we were finished eating by 6:45 and out of downtown before dark!) for some coffee and dessert. We almost gave up when we realized it was $18 to park, but eventually we figured out we could park at the mall and walk over. 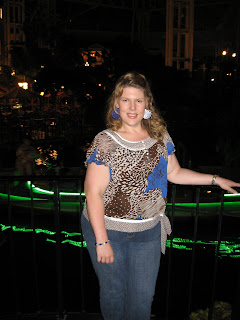 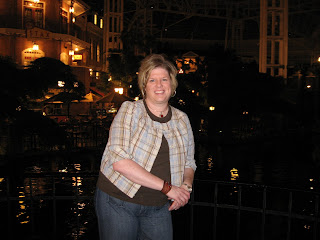 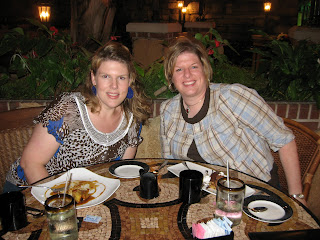 We had a great day...However, we have to get to bed earlier...this is the second night we are up at 1:00 am! I guess we are trying to cram a lot in a few days. Tomorrow is our last full day as Blair flys back on Sunday and I have to work Sunday night.
Posted by Jane at 12:13 AM 1 comment:

My friend Blair from Tampa is here visiting. We are staying busying catching up and today I took her on Tour de Springfield. Actually that doesn't take very long, but we ended up stopping in some of Springfield's finest stores to do a little shopping. Basically the goal was to see if we found any ideas for the new house, which was one of the stops on Tour de Springfield.

Check back for some pictures in a day or so.
Posted by Jane at 11:43 PM No comments: 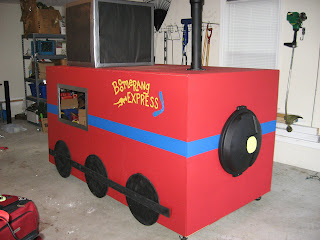 This week has been Vacation Bible School at Jeff and Abbey's church. Since I am such a good friend and Abbey is in charge of the whole thing, I have been helping!

It has been a great week with a record number of kids today.

I have also been very impressed with Abbey...she has been amazing to watch. Not only is she organized and prepared, but she is full of enthusiasm and great and getting the kids excited each and every morning. She has also handled the unexpected trials and challenges really well.
Posted by Jane at 5:32 PM No comments: 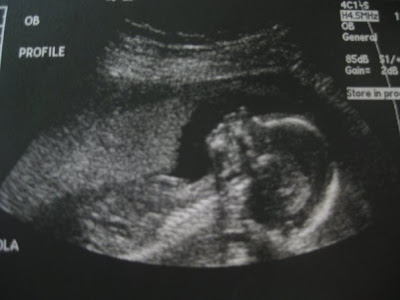 GIRL!!!!
Raegan Taylor due beginning of November
Posted by Jane at 10:18 PM No comments:

"Four things to learn in life:
To think clearly without hurry or confusion;
To love everybody sincerely;
To act in everything with the highest motives;
To trust God unhesitatingly."
-Helen Keller

"Before we can be filled with the Spirit, the desire to be filled must be all-consuming. It must be for the time the biggest thing in the life, so acute, so intrusive as to crowd out everything else. The degree of fullness in any life accords perfectly with the intensity of true desire. We have as much of God as we actually want."
-A.W. Tozer

"We have been the recipients of the choicest bounties of heaven. We have been preserved, these many years, in peace and prosperity. We have grown in numbers, wealth and power, as no other nation has ever grown.

But we have forgotten God. We have forgotten the gracious hand which preserved us in peace and multiplied and enriched and strengthened us; and we have vainly imagined, in the deceitfulness of our hearts that all these blessings were produced by some superior wisdom and virtue of our own.

Intoxicated with unbroken success, we have become too self-sufficient to feel the necessity of redeeming and preserving grace, too proud to pray to God that made us! It behooves us, then to humble ourselves before the offended Power, to confess our national sins, and to pray for clemency and forgiveness."
-President Abraham Lincoln's Proclamation
April 30, 1863

Blogs I Like to Read by People I Don't Know

Jane
First and foremost, I have been saved by the grace of God. I am blessed to be the wife of an amazing man, who manages to keep me in line. We added a little man to our family in February 2013 that seems to have truly made us a "family". With E's arrival, I have found myself asking numerous questions, questioning my decisions, and being constantly overwhelmed by it all. My goal is simple...to encourage others and maybe give a few laughs along the way. This is my journey of motherhood...along with every stinky diaper and goofy toothless grin shared along the way. Enjoy!